What do we mean by “producers” under the WEEE directive? 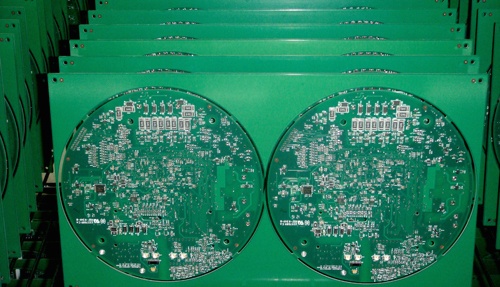 Who is a WEEE Producer?

To identify a WEEE producer in a member state, we need to:

How do we determine which entity is the WEEE Producer?

Please see the following examples using different types of industry and equipment. (To clarify what WEEE is, see our article ‘What is WEEE?’)

N.B. The term “established” as used in this article means a business that has been registered locally.

According to the WEEE directive and its national transpositions, in each EU member state producers are one of the following:

1: Manufacturer in a Member State 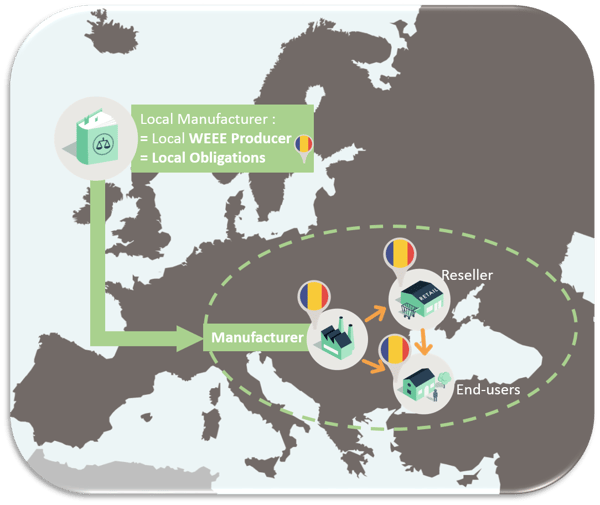 Example: a Romanian company manufactures printers in Romania and sells the printers to Romanian distributors, re-sellers, or end-users…

Companies established in Country B, importing air conditioning systems from a country and selling products for the first time in Country B.

Example: a distributor located in Spain imports heat pumps and heaters from Sweden or Turkey or China and sells them in Spain to wholesalers, re-sellers, end-users…

3: Reseller in a country under his own name or trademark 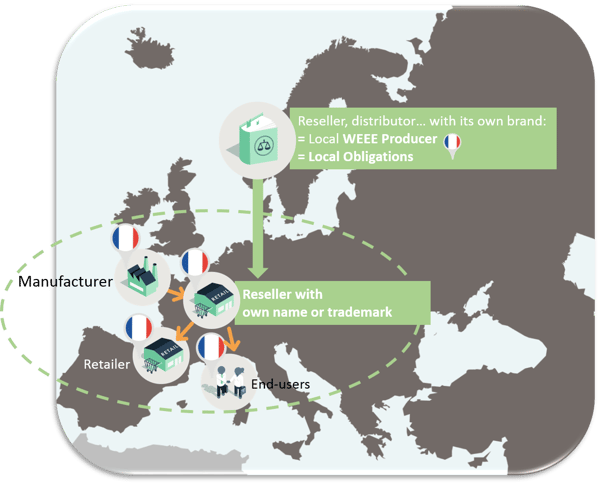 Example: a French reseller purchases cameras, electronic thermostats and sensors from a French manufacturer or provider. The products are branded under the re-seller’s name or trademark therefore it is the re-seller’s and the not the manufacturer’s obligation to ensure compliance for the product in France.

Distance seller established in Country D sells IT and telecommunications equipment directly to end users in one or several European countries. 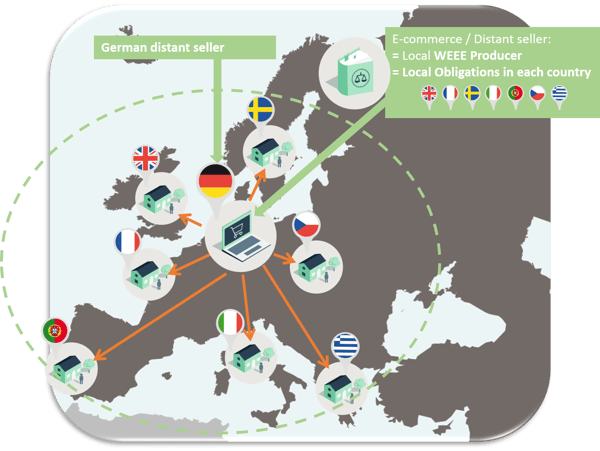 If your company owns entities that have WEEE producer status in one or more EU member states, compliance of the entities is mandatory.

Willing to clarify your situation or to order a legal assessment?